The Foreign-Trade Zone program expedites and encourages foreign commerce by lowering the costs of U.S. based operations engaged in international trade thus providing a secure, efficient and profitable way to compete effectively in domestic and global markets.

WTCSav is the grantee of Foreign-Trade Zone 104.

The FTZ program allows the U.S. to achieve its trade policy goals, including export promotion, while at the same time supporting domestic job growth and economic development. Companies operating FTZs have become a thriving sector in the U.S. economy.

For more than 75 years, the Foreign-Trade Zones (FTZ) program has been instrumental in promoting international trade, economic development and job creation in the United States. Authorized by the Foreign-Trade Zones Act of 1934, a FTZ is a federally approved location within the United States, which is considered outside of US Customs territory where domestic and foreign merchandise may be placed without formal customs entry and without payment of duties and taxes.

FTZs help the U.S. economy by allowing companies to source components from around the world at competitive prices, while keeping important value added activities such as manufacturing in the U.S. Foreign and domestic merchandise can be admitted into a zone without formal Customs entry procedures, the payment of Custom duties or the payment of Federal Excise Tax. The program is available to all U.S. based companies and can be established in industrial parks, distribution centers and warehouse facilities. FTZs can be multi-user facilities or specific to one company’s use. 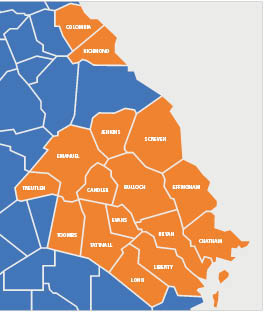